How A Single Mom Used Coupons to Feed the Hungry More Than 100,000 Meals

It’s not unusual to want to mark a big birthday with an equally big milestone or event. So at the age of 29, Lauren Puryear created a big challenge for herself: to feed 300 people struggling with homelessness or food insecurity before her 30th birthday.

She reached her target in one day. So that got her thinking: What if she set a goal to feed 30,000 people before her 30th birthday?

“I wasn’t really sure how was going to do it, but I started couponing like crazy-and by my 30th birthday, I had fed 85,000 people meals,” says Puryear, who lives in Woodbridge, Virginia. How to feed thousands of people without spending thousands

Puryear defines herself as an “extreme couponer,” or someone who clips and uses coupons to get huge discounts on food. Some extreme couponers do it to feed their families; Puryear does it to feed hundreds or thousands of people at once, all of them hungry or homeless.

“I’ve fed well over 150,000 meals by using extreme couponing to get food that I either serve inside shelters or give to unsheltered people living on the streets,” she says. “Couponing is not just something I do, but is a way of life.”

To put on a meal that serves 500 to 1,000 people, Puryear will clip an equal amount of coupons, a job her young son usually helps her with. She’ll look for two-for-one deals, double-rewards deals or anything that can help her save money on items bought on sale or in bulk. And while Puryear works as a mental health clinician and has sole custody of her son, Isaiah, she still finds time to track down the best deals to feed as many people as possible.

“I do extreme couponing every day-on my lunch break, after work. I also have a team of people who help me,” she says. “One time we purchased 500 jars of pasta sauce and 500 boxes of pasta, added meatballs and fed 2,000 people for 12 cents. It was the best!”

Why Puryear became an extreme couponer

Puryear started feeding homeless and hungry people in 2011. The first time she hosted a meal, she expected to feed about 50 people. Hundreds showed up, and she ran out of food to give away.

“Each weekend after that we prepared more and more food, but it got to the point where we couldn’t afford to do it anymore,” she says. “That’s when I got introduced to extreme couponing.”

By using her skills as an extreme couponer to offset costs, Puryear was able to expand her mission to homeless populations up and down the Eastern Seaboard. She launched a foundation called For the Love of Others to coordinate and magnify the efforts of people like her who are interested in helping others in need. The foundation’s services include food drives, Christmas wish-list drives, prayer and ministry, plus outpatient therapy services. (Puryear has a Ph.D. in psychology.) All of the programs revolve around Puryear’s desire to provide help to those in need, and to dispel some of the stigma around homeless people.

“Compassion is something that doesn’t have to cost much,” says Puryear. “Service to those in need can be done in our everyday lives. Helping others is what we have to do. You wake up and you’re like: How can I help someone? How can I make someone smile today?”

Not all For the Love of Others programs culminate in serving up prepared meals to people who are homeless. Some, like the “No Empty Bellies” program, inspired by Puryear’s son, are simply designed to help supplement the available food for kids who live in food-insecure homes. But nearly all of Puryear’s work utilizes her skill of extreme couponing.

“It makes me feel good to think that the same $10 I spent on a pizza yesterday today fed 500-plus meals today,” she says, after a recent day’s work spent at a homeless shelter in Washington, D.C. “The food is almost gone, everybody is happy, and everybody’s bellies are full. The mission is accomplished.”

For the Love of Others is a charity based in Woodbridge, Virginia, that buys, prepares and delivers or serves meals to people who are hungry. The organization also offers outpatient therapy services, help to parents in need, holiday food drives, and spiritual aid to those who request it.

Clipping, collecting, storing: the very idea would feel overwhelming to many. But the single mother, who also has a full-time job as a mental health clinician, finds the work energizing. She stashes the food she buys “anywhere and everywhere” in her basement: there are two pantries for nonperishable items, plus a chest freezer and two extra refrigerators.

Feeding people is a calling for Puryear. “God told me to do this,” she says. “This is the vision he gave me.” In 2018, she topped the 100,000-meal mark. In addition to her charity, For the Love of Others, this spring she opened her own food pantry and expanded her program that provides meals to food-insecure kids in local schools. She also began to travel the country, educating others about the impact couponing can make. Last year, she went to 12 states. Only 38 more to meet the goal of visiting all 50 before her 35th birthday. 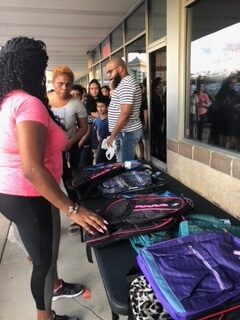 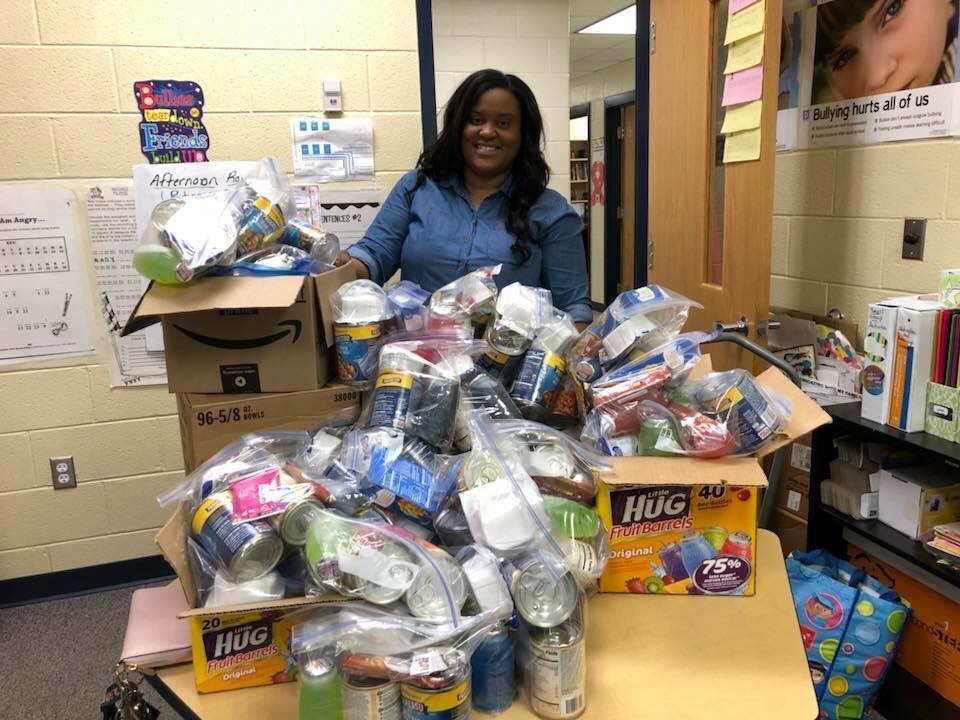 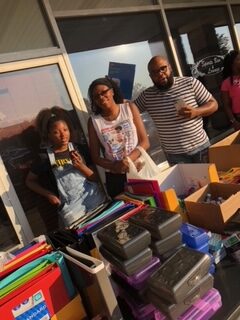 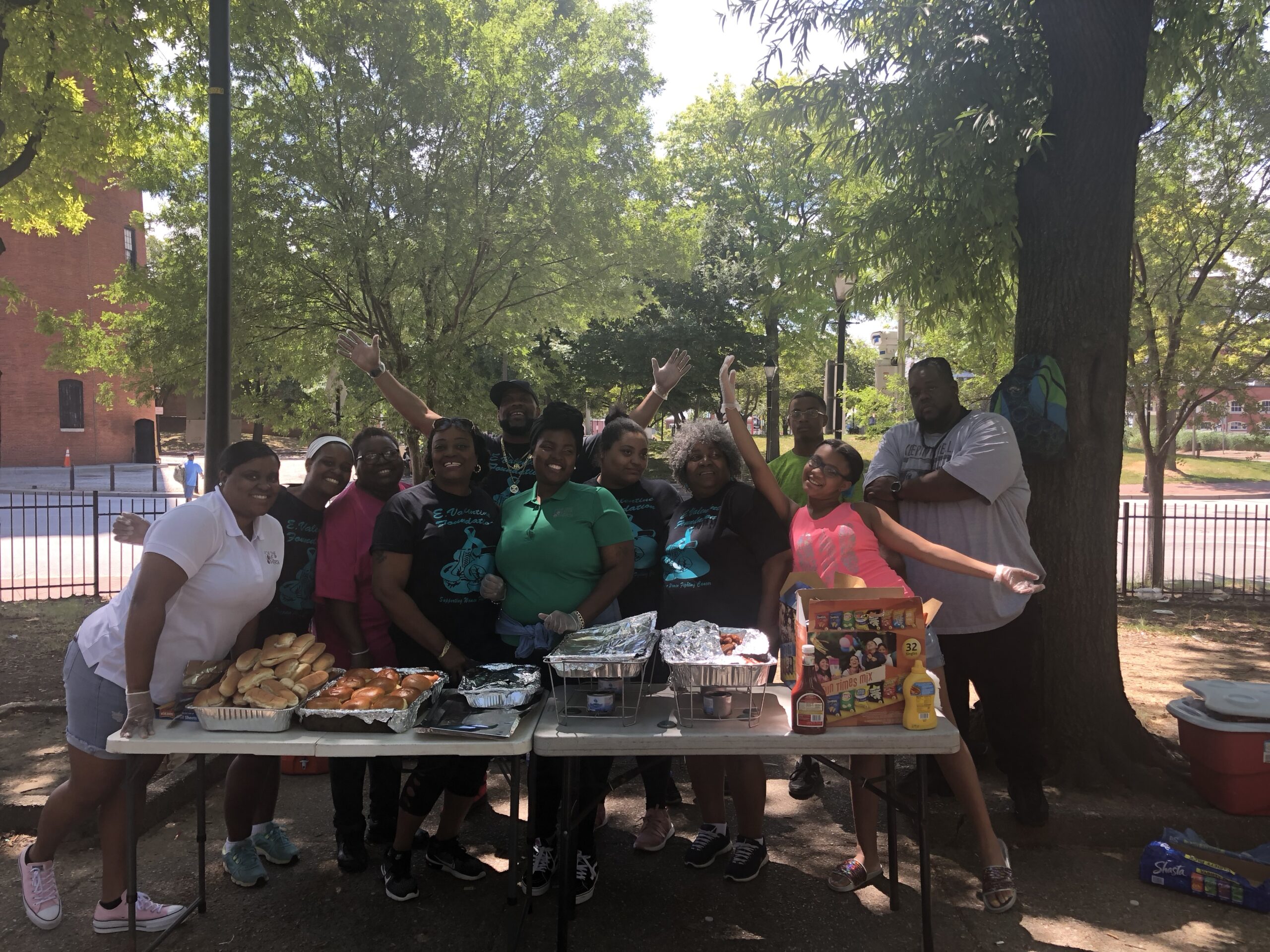 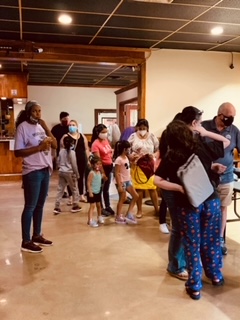 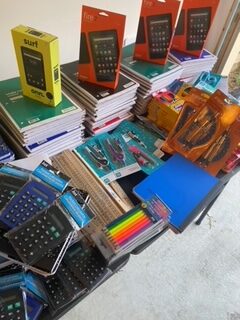